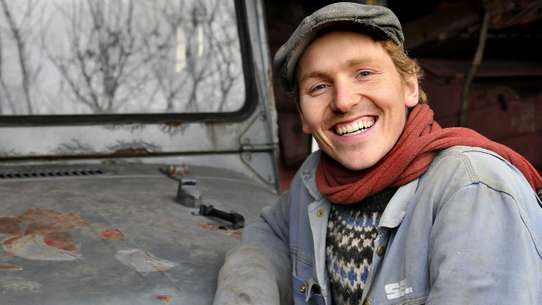 The WORST episodes of Bonderøven

Every episode of Bonderøven ever, ranked from worst to best by thousands of votes from fans of the show. The worst episodes of Bonderøven!

Frank is a real hillbilly - and he's proud of it! Wearing rubber boots, ambitions and self-irony, he is involved in a sea of projects. The field must be harrowed with the horse, oats must be sown with an ancient machine and the old stable buildings must be renovated. And then the kitchen garden has to be arranged - because Frank delivers vegetables to the fine restaurants inside Aarhus. His favorite book is called "Handbook of self-sufficiency" and based on that, he tries to live in the old-fashioned way.