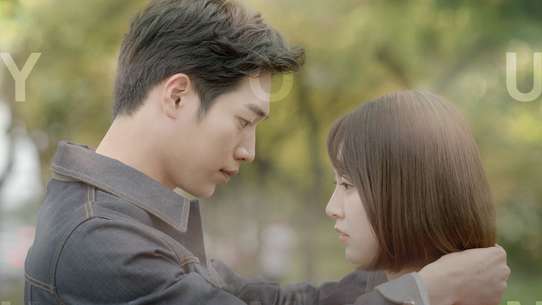 The BEST episodes of Are You Human?

Nam Shin (Seo Kang-Joon) is a son from a family who runs a large company. After an unexpected accident, he falls into a coma. His mother Oh Ro-Ra (Kim Sung-Ryoung) is an authority on brain science and artificial intelligence. She creates an android named Nam Shin III which looks like just like her son Nam Shin. The android pretends to be Nam Shin and he has a bodyguard So-Bong (Kong Seung-Yeon).

Namsin3 realizes that the kill switch has been reactivated and tells David about it. So Bong ends up finding out about this as well and tries to stop Namsin3, but Namsin3 insists that he must save Nam Sin. Meanwhile, everyone is out to search Namsin3 and Nam Sin, but Jong Gil refuses to give up so easily.

So Bong is upset to see Namsin continuing to listen to Laura without knowing that he has a kill switch installed in himself. Jong Gil finds where Ye Na is and tries to get into Laura’s house. However, this causes Ye Na to panic and do whatever she can to keep Jong Gil away from Nam Sin.

So Bong just can’t forget about Namsin after turning her back on him. She ends up visiting Laura’s hideout to meet him. Namsin is very happy to see her again, but So Bong only tells him that he should do as Laura and Young Hoon tells him to do. Meanwhile, Jong Gil sends out his agent to find out what secrets So Bong holds.

Namsin3 reveals his identity at the company meeting. Everyone in the room is surprised, but they leave with satisfaction after hearing about his plans for M-City. Nam Sin becomes furious as he realizes that everyone including Young Hoon has tricked him and stabbed him in the back. Meanwhile, David tells So Bong that tomorrow is Namsin3’s birthday.

Nam Sin makes Chairman Nam sign the stock transfer agreement papers and becomes the new chairman of PK Group. However, Young Hoon suddenly returns to Nam Sin’s side and blocks of Jong Gil. After returning, Young Hoon carefully sets up a plan to make things go back to where they belong. Meanwhile, Laura is invited to the company by Nam Sin.

Namsin3 gets framed for murdering Laura and goes into hiding with So Bong. Nam Sin get heartbroken by hearing that his mother is dead. Ye Na’s instincts tell her that something is suspicious about her father, Jong Gil, and tries to find out what it is. Meanwhile, Jong Gil visits the office and meets Young Hoon.

After hearing So Bong’s love confession, Namsin tries harder to understand and feel emotions. However, Sin is more frustrated after meeting Namsin and starts to wonder what Laura really thinks about Namsin. Meanwhile, So Bong’s dad, Jae Shik, is shocked to realize that his daughter is in love with a robot.

Laura is overwhelmed with joy as she finds out that Sin is getting better. However, she gets more nervous as Namsin continues to make decisions on his own. Ms. Jo tells So Bong that she has a video of Namsin breaking down a car with his bare hands and demands answers to her questions. Meanwhile, Laura tries to hide the truth about Sin getting better from So Bong and Namsin.

Nam Sin becomes more and more angry as he gets rejected by So Bong and realizes how Laura really feels about Namsin. This makes him call Jong Gil to the hideout. Namsin and So Bong return to their daily lives. Meanwhile, Chairman Nam invites Namsin to discuss about when and how he will give him his position.

Namsin starts to think and act on his own after So Bong leaves him. Laura becomes worried that Namsin’s identity as a robot might get revealed as he starts to continue to show unexpected actions. This makes her meet So Bong herself. Meanwhile, Jong Gil’s agent follows Laura and finds out that So Bong might be deeply involved with her.

Jong Gil gets more and more suspicious about the true identity of Namsin. Namsin tries to know more about So Bong after becoming friends with her. Laura is troubled as Namsin gets completely out of her control. Meanwhile, something happens at the hideout while nobody is looking.

Nam Sin becomes angrier as he continues to find Namsin’s traces everywhere he goes. He tries to get rid of such traces and find a way to make Namsin get in trouble. Chairman Nam calls Namsin, and Namsin visits David after hearing shocking news. Meanwhile, Nam Sin overhears the conversation between Namsin and David.

Nam Sin knows that everyone has done what they did for his own good, but he gets so angry that he says harsh things to Young Hoon. Chairman Nam offers his position to Young Hoon to see what he thinks, but Young Hoon’s reply wasn’t what he expected. Meanwhile, So Bong decides to never leave Namsin’s side.

Namsin tells Chairman Nam that he doesn’t have dementia. Jong Gil becomes sure that Chairman Nam has dementia and tells So Bong to stay silent about it. Meanwhile, Namsin finds out about Hee Dong’s secret and offers a deal to Ho Yun. However, Namsin gets in trouble as he becomes unable to resupply his battery on time.

Namsin makes So Bong think that she was mistaken. Meanwhile, the test driving of the driverless car is held in front of many reporters. However, as Sin and So Bong follow the driverless vehicle, they realize that something has gone terribly wrong.

Nam Sin abuses the manual mode and makes Namsin attack Chairman Nam. However, things don’t go as Sin has planned. Jong Gil overhears that Chairman Nam really does have dementia and tries to come up with another plan by pretending to help Nam Sin. Meanwhile, Young Hoon is furious that Nam Sin had tried to kill his own grandfather, and Laura becomes desperate as Nam Sin keeps going too far.

Everyone is surprised as Ye Na suddenly steps up and rushes getting married with Nam Sin. So Bong’s father hears about this and visits PK Group out of anger. Meanwhile, So Bong feels uncomfortable as Ye Na keeps mistreating Namsin. This makes her step up to stop Ye Na from mistreating Namsin.

Nam Sin goes to Czech Republic to find his mother, Oh Laura. Oh Laura goes to the market with Namsin. At the market, both Nam Sin and Namsin, the robot, are shocked to see each other. Meanwhile, Seo Jong Gil orders a man to assault Nam Sin to get rid of him and take PK group for himself.

Nam Sin feels threatened by the robot Namsin and decides to go to work even if he hasn’t fully recovered yet. So Bong continues to work as Nam Sin’s bodyguard to protect Namsin. However, Nam Sin has his own reasons to go to work. He tries to find something without telling even Young Hoon about it.

Namsin leaves the wedding ceremony on his own to save So Bong. After saving So Bong, he chases after Jong Gil’s agent. Laura become furious because Namsin keeps getting out of control. Meanwhile, Laura and Young Hoon are shocked to hear that Nam Sin isn’t showing any progress and is becoming a lost case.

Laura and Young Hoon only care about the human, Nam Sin. However, So Bong thinks that is unfair for Namsin even if he’s just a robot. Jong Gil starts to suspect So Bong and gives her a warning and one last mission. Meanwhile, Namsin goes out to find So Bong as he can’t find her location since her phone gets turned off.

So Bong has found out the true identity of Namsin3, but he treats her like a friend. The more he does that, So Bong becomes uncomfortable. In the end, she tries to leave PK group and Namsin. Meanwhile, the chairman rushes his plans to make Nam Sin and Ye Na get married to each other.

So Bong prepares a surprise party for Namsin3. Jae Shik takes Namsin3 to a spa, and Namsin3 picks up his gift for So Bong. Nam Sin finds the kill switch and tries to destroy Namsin3, but Laura gets a call from Ye Na and tries to stop him. Meanwhile, Jong Gil finds out that Nam Sin, Namsin3, and Laura is heading to a construction site and follows them.

So Bong barges into the presentation room and tries to argue with Nam Sin, but she fails. She tries to argue with him again at a club with Ms. Jo’s help, but that is stopped too. However, a fire breaks out at the club. So Bong ends up stuck beneath collapsed debris, but Namsin helps her out.

Bring It On, Ghost

Tale of the Nine Tailed

Gankutsuou: The Count of Monte Cristo