The BEST Televisa shows of all time

We've compiled the average episode rating for every Televisa show to compile this list of best shows! Six teenagers with different lives and personalities attend a prominent private school with only one thing in common: their vocation and passion for music. El Chavo Animado or El Chavo: The Animated Series is a Mexican animated series based on a live-action TV series El Chavo del Ocho, created by Roberto Gómez Bolaños with a same series creator who created the live-action TV series El Chavo del Ocho. The cartoon depicts the children in the right scale compared to the original live action series where the children were played by adults, and the feel was given to the character through their way of dressing, speaking, and mainly through giving them oversized toys. 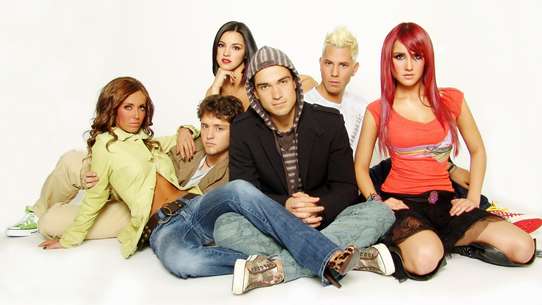 Welcome to this exciting sitcom for young audiences, a spin-off of the Telenovela Rebel which enjoyed enormous success and broke the ratings in a large number of countries worldwide. Six good friends have stopped being the TV characters we know so well to become members of a music group sensation. We will share in the experience of their performances, their concert tours; their growth process on and off the stage. All six live basically together, and sometimes too much so. In this new series they will face the challenge of growing up, living on their own and trying to find answers, but especially of finding love, or passion, or friendship, or sex… or whatever they can. 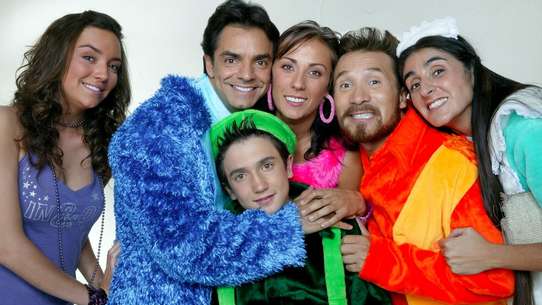 "The Plush Family" is a Mexican television sitcom created by Eugenio Derbez. The series first aired in 2002 on the channel Canal de las Estrellas, and was later syndicated on the American channel Univision the next year. It is a spin-off of a regular sketch on the XHDRBZ comedy-sketch program. In the series, the characters live in a fictional city called "Ciudad P. Luche" where clothes and other objects are wrapped in plush. The word P. Luche, is a pun to the word plush in Spanish: peluche. The show is similar in style to the American sitcom Married... With Children, in that it depicts a comically dysfunctional family. La familia P. Luche, however, plays more like a live-action cartoon, complete with colorful sets and comic sound effects. The sitcom won a TVyNovelas Award for "Best Comedy Program" in 2008. Its working-class rival Una familia de diez, was also nominated. Based on the successful American series, “Gossip Girl Acapulco” is a faithful look into the privileged and often turbulent lives of an elite group of beautiful young people, but this time in the hot tropical world of the famous Mexican resort town. Sofía López-Haro returns unexpectedly in Acapulco, after leaving a year before without explanation. Her best friend Bárbara Fuenmayor, angry for having always had to live in the shadow of Sofía, is not happy with her return, especially after discovering that, before leaving Acapulco, Sofía slept with her boyfriend, Nico.