The BEST Sun Television shows of all time

We've compiled the average episode rating for every Sun Television show to compile this list of best shows! Federation investigator Birdy chases the space criminal Geega through space to Earth, where he hides in the entertainment industry under a human disguise. Birdy goes undercover herself, posing as famous model “Arita Shion” that often uses a ‘space girl’ look. A male student, Senkawa, stumbles upon a fight between the two one night in an abandoned building only to be severed in half as he is used as a shield by Geega against Birdy. Birdy heals him from imminent death in some fashion- but Senkawas body, and life, are now changed and permanently linked to Birdy. The story revolves around a first-year high school student, Teiichi Niiya who had just enrolled at Seikyou Private Academy. When he gets lost in one of the school's old building, he meets a girl named Yuuko Kanoe who reveals herself as a ghost with no memories. Teiichi then decides to investigate her death by delving deep into the infamous Seven Mysteries of the storied school along with Kirie Kanoe, Yuuko's relative, and the oblivious second year Momoe Okonogi. Throughout the story, Teiichi and Yuuko discover the truth about these ghost stories and help those who are troubled all the while inching closer to the truth behind Yuuko's death. 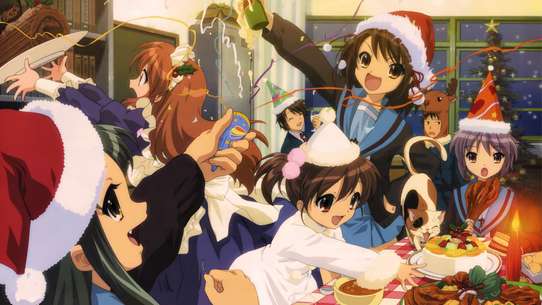 #3 - The Melancholy of Haruhi Suzumiya

On the first day of high school a beautiful girl named Haruhi Suzumiya introduces herself as having "no interest in ordinary humans". She asks for any aliens, time travelers, sliders or espers to join her. Watching her weird behaviour is Kyon a boy who sits in front of Haruhi and is the only person who talks to her. Commenting on Haruhi's joining every club in school and then quitting Kyon unwittingly gives Haruhi an idea to start her own after school club. Thereafter Kyon and several others find themselves literally dragged into the Save our world by Overloading it with fun Suzumiya Haruhi's Brigade (the S.O.S. Brigade for short). 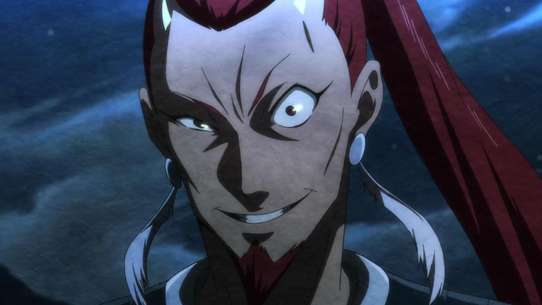 Follows a group of samurai attempting to defend Japan from the first Mongol invasion in 1274.