The BEST Science Channel shows of all time

We've compiled the average episode rating for every Science Channel show to compile this list of best shows! 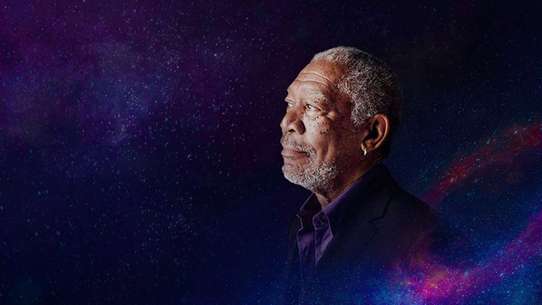 Hosted by Morgan Freeman, Through the Wormhole explores the deepest mysteries of existence - the questions that have puzzled mankind for eternity. What are we made of? What was there before the beginning? Are we really alone? Is there a creator? These questions have been pondered by the most exquisite minds of the human race. Now, science has evolved to the point where hard facts and evidence may be able to provide us with answers instead of philosophical theories. Through the Wormhole brings together the brightest minds and best ideas from the very edges of science - Astrophysics, Astrobiology, Quantum Mechanics, String Theory, and more - to reveal the extraordinary truth of our Universe. #2 - How the Universe Works

A users' guide to the cosmos, from the Big Bang to galaxies, stars, planets and moons: where did it all come from and how does it all fit together? A primer for anyone who has ever looked up at the night sky and wondered. 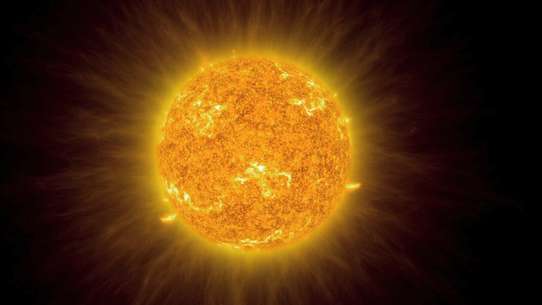 This series reveals worlds never seen before; stunning CGI animation peels back the layers, revealing alien landscapes of fragile lava caves, roiling plasma seas, cosmic platinum mines, and the hungry black hole at the center of our galaxy – cosmological wonders that play a surprising role defining our place in the universe. ODDITIES dives into the weird world of strange and extraordinary science artifacts through the eyes of the proprietors of Manhattan's Obscura Antiques & Oddities. 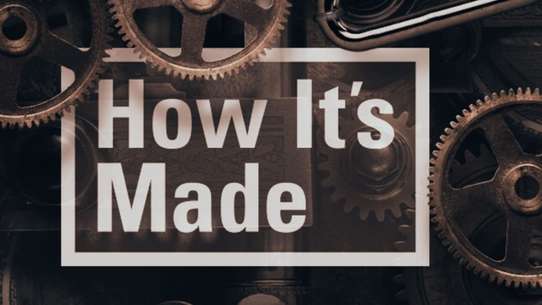 Have you ever wondered how the products you use every day are made? How It's Made leads you through the process of how everyday products, such as apple juice, skateboards, engines, contact lenses, and many more objects are manufactured. 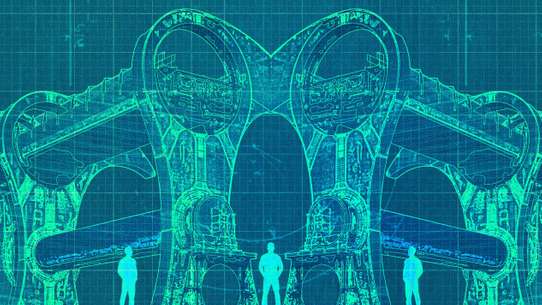 Impossible Engineering looks at the history of pioneering modern-day mega structures. Behind every seemingly impossible marvel of modern engineering is a cast of historic trailblazers who designed new building techniques, took risks on untested materials and revolutionised their field. It is a tribute to their achievements. Each episode details how giant structures, record-beating buildings, and the world’s most cutting-edge ships, trains and planes are built and work using 3D graphics, archive and specially shot footage. As this series revels in these modern day creations, it leaps back in time to recount the stories of the exceptional engineers whose technological advances made it all possible. 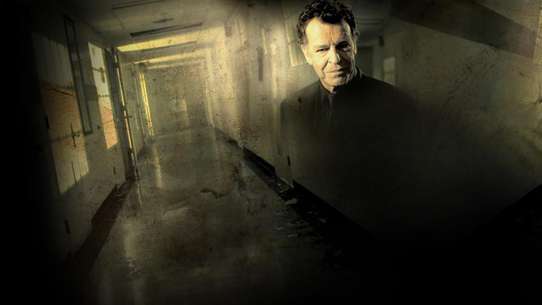 Delves into the most unusual research ever conducted, including attempts to crossbreed humans and apes, actual zombie investigations and head transplantation studies. Cutting-edge CGI recreations enable viewers to witness the pivotal moments when brilliant minds face controversy or ethical crossroads on the fringes of science. #8 - Sci-Fi Science: Physics of the Impossible

Explore the world of the seemingly impossible with the all-new series SCI FI SCIENCE. Hosted by internationally-renowned physicist and co-founder of string field theory, Dr. Michio Kaku, this series poses the idea that science fiction may not be so far from science fact. Examine topics that currently seem so far out… of the realm of possibility, such as invisibility cloaks, teleportation, time travel and more. 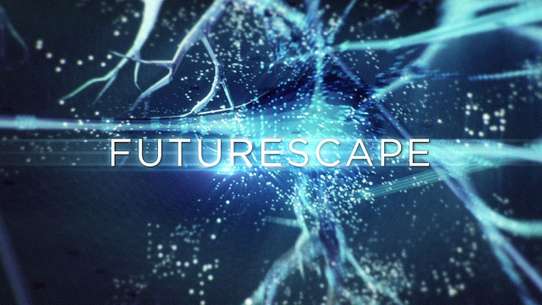 What will the future look like? It's a question that writers, philosophers and scientists have been pondering for millennia. But the future that once existed solely in the human imagination…has arrived. Everyday scientists across the country are uncovering radical breakthroughs that already have fundamentally changed the way we think about the world. The words "life" and "human" are already different from what they used to be. The idea of deep space travel and telepathy are within our grasp. What were once powers at the hands of the gods — mindreading, creating life from scratch, travelling through space and time, and being immortal — have now fallen into the hands of man. The technologies being developed in labs and universities have already planted the seeds of radical change to the human condition, but will we have the foresight to use those powers wisely? Or will we be the victims of technical arrogance? The future can be both incredible and incredibly frightening. FUTURESCAPE is a new, six-part series unveiling these incredible mind-blowing discoveries. Each episode explores a different event horizon that will critically alter life as we know it. Telepathy. Colonizing Space. Staying Forever Young. Robot Citizens. Whether it's good news or bad, whether it's thrilling or terrifying, everything is about to change. 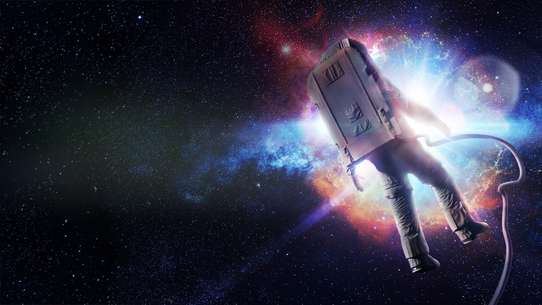 Strange flying objects have been caught on NASA's cameras and astronauts have reported seeing UFOs. Some of the odd shapes and lights can be identified; others remain a mystery. We'll reveal NASA footage and interview the astronauts and scientists. 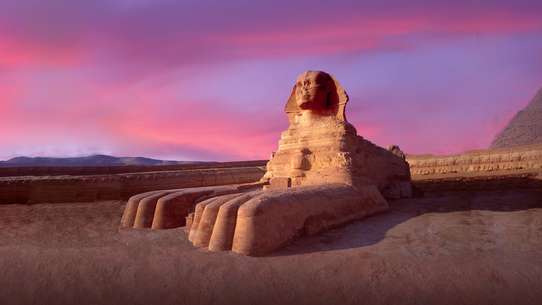 Unearthed decodes mysteries and combines scientific investigations with CGI animation to reveal the hidden secrets of iconic structures and monuments from around the globe to discover how they were designed, built, used, and in some cases, lost and rediscovered. 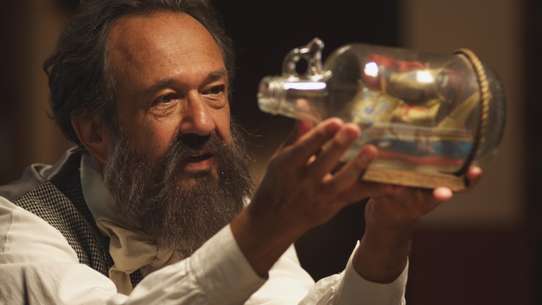 What once was just imagination is now real; what was once the distant future is now around the corner. The “Science Fiction” of the past has now simply become “Science”. And the science of the future was strangely prophesied by a group of visionaries whose dreams once may have deemed them renegades and “mad scientists,” have become reality! Each episode will examine, dissect, measure, scrutinise and celebrate the life; ideas, convictions, philosophies and genius of each legend from the science fiction realm, each of these greats are pillars of the genre, representing the most ground-breaking conceptual viewpoints of their era. Notable for some of today’s greatest sci-fi concepts these scholars will forever be remembered in the minds of the young and old! The nation's most talented kids have a chance to show off their amazing ingenuity and STEAM (Science, Technology, Engineering, Arts, and Math) skills. 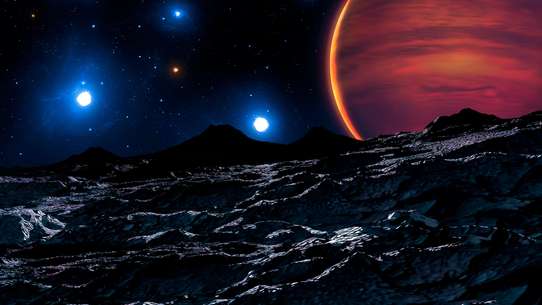 The stories of deep-space explorers who are risking their careers, and even their lives, to lead humanity to worlds yet to be seen. 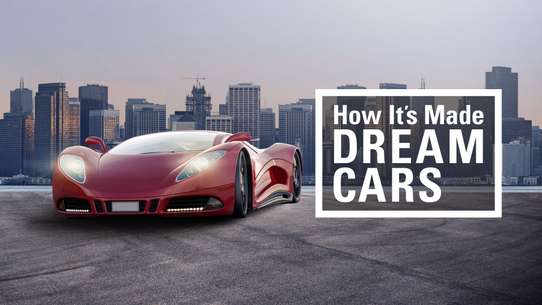 Join the legendary ‘How It's Made' crew as they immerse themselves in automobile heaven, and discover how incredible machines are designed and created. From a Maserati to the Audi R8, from a Morgan Aero Coupe to a Porsche 911, the team travel around the world to visit the birthplaces of a host of dream cars. Each half hour episode will reveal the cars' inner workings and gorgeous exteriors, which is enhanced with unprecedented access to the factories and test labs that are integral to their conception and creation. Scientists and amateurs conduct experiments and post their exploits online. 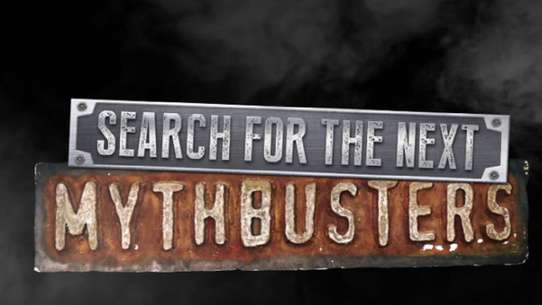 The search for an all-new generation of myth-busting science superstars with mind-blowing build skills and nerves of steel. Using social media and spectacular stunts, the Science Channel series will feature a cast of fearless hopefuls who will be judged on their skills as they compete in never-before-seen myth-busting challenges. 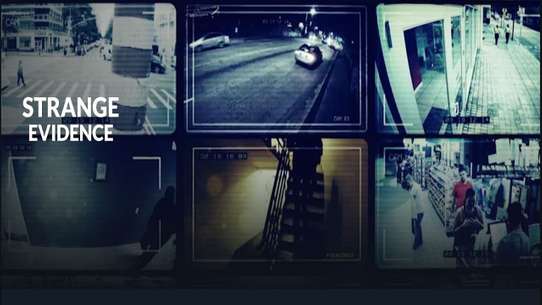 Worldwide, 300 million surveillance cameras are watching us, on our streets, at work, and in our homes. At times, they capture images that don't seem to follow the normal laws of physics. A new Science Channel series investigates mysteries caught on tape and uncovers the science behind some of the most bizarre occurrences ever recorded. With a team of experts analyzing footage that seems to defy explanation, including levitating cars on a freeway, a statue that appears to move on its own, and a spontaneous burst of flames. Eyes in the sky. Watching us from space. Hundreds of satellites showing us the world like we've never seen it before. Capturing images which are breathtaking but bizarre. Objects and phenomena which defy explanation. Baffling phenomena seen from space, what on Earth are they? 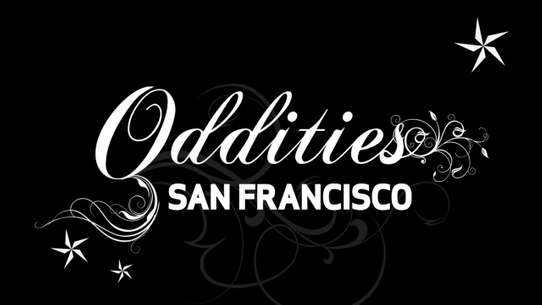 After the success of the network's breakout hit ODDITIES, SCIENCE moves its popular franchise to the West Coast with the world premiere of ODDITIES: SAN FRANCISCO. SCIENCE expands its empire of the eccentric to the epicenter of all things strange at San Francisco's famed Haight Street. There at the infamous antiques shop, Loved to Death, the cabinets of curiosities overflow with bizarre taxidermy, memento Mori Jewelry and art pieces that epitomize the macabre and mysterious. Raw images of unexplained phenomena and eyewitness accounts are analyzed to make sense of the incomprehensible. 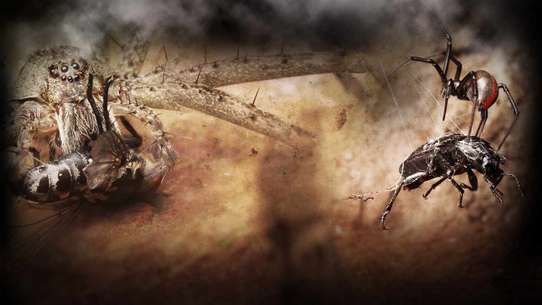 Get a ringside seat for some of nature's deadliest encounters: losers aren't just KO'd, they're eaten alive. This is the no-holds-barred, real-life world of Spiders, Scorpions, Centipedes and Killer Ants who fight to the death. It's a bug-eat-bug gladiatorial contest where stings, spikes and deadly venom are wielded with cold-blooded precision.