The BEST RÚV shows of all time

We've compiled the average episode rating for every RÚV show to compile this list of best shows! 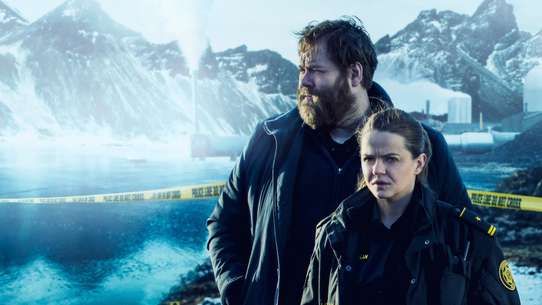 As a ferry carrying 300 passengers from Denmark pulls into an Icelandic town’s small port, heavy snow begins to fall. The ferry can’t leave until the storm passes and the main road into town is impassable. A mutilated and dismembered body washes on the shore, an unidentifiable man murdered only hours ago. The local police chief, Andri Olafssun, whose personal life is in shatters, realizes a killer has descended into his town. As word spreads, order disintegrates into chaos as the ferry’s passengers and the town’s residents realize they are all possible suspects and that a killer is trapped among them. An Oslo detective with a painful past returns to his native Iceland to help a dedicated cop hunt a serial killer with a link to a mysterious photo. When Reykjavik crime detective Helgi Marvin Runarsson is called in to investigate a suicide case on Snaefellsnes Peninsula, the case turns out to be far from simple. Pulled into a sinister trail of evidence, Helgi's own deeply hidden secrets are unearthed. Will Helgi turn a blind eye to murder in order to save the life of his daughter? NOTE: The Cliff (or Hamarinn) is a prequel to The Lava Field. 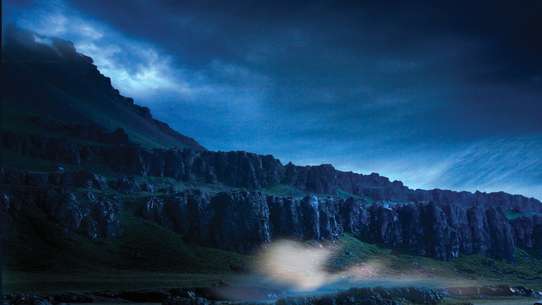 A young man is badly hurt in a mysterious accident that takes place at a remote construction site in the middle of the night. Reykjavik Crime Detective Helgi Marvinsson is sent to help the young and inexperienced local policewoman Inga Aradottir. As the investigation progresses, the case seems to get more and more complicated. The injured excavator operator unexpectedly dies in intensive care and an explosives expert is crushed under a rock while people disappear. Through the case, Helgi is forced to confront his own personal demons. Inga is not happy with Helgi’s assignment to the case. But as they get to know each other, they grow closer. NOTE: Season two may also known as the series "The Lava Field".