The BEST PRO TV shows of all time

We've compiled the average episode rating for every PRO TV show to compile this list of best shows! 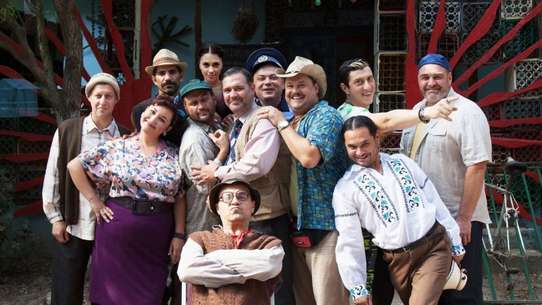 The action takes place in the village of Fierbinți, where the existence of the inhabitants takes place slowly, in a rural paradise that has adapted, in a purely Romanian style, to modern times. Deputy Mayor Vasile wants to take the place of the current mayor and relies on the support of the innkeeper Bobiță and his friend, Giani, the typical provincial swindler. Celentano, Firicel a lu 'Cimpoaie, Ardiles and Santa Peleus, the drunks of the village, are colorful and humorous appearances. Inima de tigan (Gypsy Heart) is a story about love and passion, dreams and restrictions, ambition and failure. Codrut a young Gypsy man with ambitions to become a doctor and integrate the Romanian community, has to obey the traditions of his ethnic group. But he falls in love with Irina (Andreea Patrascu), a very rich and spoiled Romanian girl, whose father dreams of marrying her to a successful businessman. Since Codrut was promised by his father to a Gypsy girl and Irina is supposed to marry Luca, the man her father chose for her, their love seems impossible. So they have to fight everyone in order to be together. Gypsy Heart sheds light on the bohemian, traditional and romantic side of the Gypsy minority.