The BEST Antenne 2 shows of all time

We've compiled the average episode rating for every Antenne 2 show to compile this list of best shows! 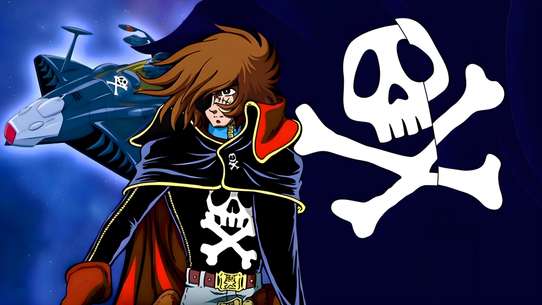 The year is 2977. mankind has become complacent and stagnant. All work is done by machines, while humans spend all their time on entertainment. But when a mysterious invader from the stars catches Earth unawares, only the legendary space pirate Captain Harlock and the crew of the Arcadia have the will to stand against them. #2 - Spartakus and the Sun Beneath the Sea

Spartakus and the Sun Beneath the Sea (Les mondes engloutis) was a wonderfully crafted animated series that aired sometime in the 80s. It told the story of a civilization that survived a great cataclysm and moved to the center of the earth. These people, the Arkadians, thrived under the power of their artificial sun, The Tehra, until one day it began to fail. In desperation, the Arkadians broke the ancient law and entered the Forbidden Archives to search for an answer. They used their special powers and created a messenger to the people above, naming her Arkana. She meets up with Matt and Rebecca, two ordinary kids from the surface world, Bic and Bac, two strange anteaters from Arkadia, and Spartakus, a mysterious warrior. Together they search the worlds of the strata for a way to save a people and possibly the world. This cartoon is quite possibly one of the greatest animated series of all time. A French cartoon, Spartakus and the Sun Beneath the Sea was very stylized in its animation and way of storytelling. Instead of bright pastel colors and deep lines, the colors were muted with mixtures of earthy tones. And the cartoon had themes of mysticism and surrealism. Yet its deep history and strong characters made the show appealing to people of all ages and tastes.